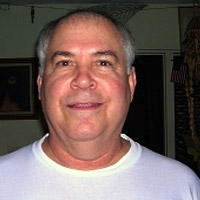 Norman McLeod was born in Miami, Florida in 1946. A 4th-grade science unit began his interest in astronomy. By the end of 8th grade he had a good working knowledge of the constellations and began meteor observing in the summer of 1960. The Miami sky was still quite dark into 1961.

Meteor work was limited by school until 1971. Then Norman began an extensive year-round observing effort choosing when possible to live in areas with easy access to excellent skies. By early 1976 he had seen at least one meteor on each of the 366 calendar nights. From 1971 to 1981 he recorded at least 3700 meteors each year, peaking in 1974 with 7146 meteors and no showers missed. In mid-August 1981 the weather made a permanent turn for the worse — quite cloudy much of the time. Only 1996 since then was a good year. The best season used to be summer but it changed to winter after the mid-1990’s. The cobalt skies of Florida vanished into semi-permanent hazy conditions, still plenty of heat and sun for tourists but almost worthless for astronomers.

Norman observes using some old couch cushions. With a paved surface most of the time a ground cloth has been largely unneeded. A handful of cold nights require heavy clothes but most nights are balmy. For mosquitoes he uses a cardboard fan and repellent or burning coils if the bugs are numerous. By the mid-1980’s he gave up using a tape recorder after having 3 of them each last only a year before breaking. He folds paper in 4ths lengthwise and writes in the dark without a light, then holds the paper keeping a finger on the next spot to write.

During the years 1963 to 1981 Norman went to the Florida Keys for the best possible observing conditions: black skies, warm nights, and sometimes no mosquitoes while an old bridge was available. Norman has observed through 2 peak Leonid epochs and hopes to see a 3rd. He saw the Geminids grow from a Perseid rival in the 1960’s to the best regular shower in the 1970’s. The biggest surprise was the 1982 Lyrids peaking at 5 meteors/minute.

In the years since 2000 Norman’s observing has fallen on hard times. The rapid city growth ending dark skies with costlier travel on congested roads has reduced him to observing only for the best showers. His observing record spans 48 years with about 90000 meteors recorded. The outlook for surpassing 100000 is not good.

Norman’s other interests include car travel around the U.S., weather, most other science, economics, finance, most types of music, theology, non-textbook history, and geo-political trends. He has been a tax preparer for 15 years and is an Enrolled Agent.