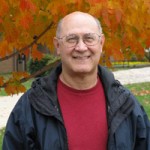 My interest in space and astronomy was awakened by Sputnik’s launch in 1957. I was 11 then and I bought a 1 1/4-inch refractor, on a flimsy mounting, for $19.95. A dim and shaky image of Venus’ crescent was my first telescopic view. In 1958, my father bought me a 2-inch altazimuth refractor that I used to view Messier objects and double stars as well as the planets. Aperture fever struck me and I moved up to a 3 Â¼-inch refractor which I used to sketch lunar formations for a science fair in 1962. My talk, about lunar geology, was the first serious astronomical project I attempted. I considered a college major in astronomy but boring and tedious experiences as a volunteer observatory assistant in 1963 dissuaded me from pursuing a professional astronomical career. And, as a result, I lost interest in astronomy for the next seven years. Astronomy reentered my life in 1970 when my wife and I saw an aurora and an eclipsed moon on the same night. My passion for astronomy was rekindled and I assembled a 4-inch refractor in the next few weeks. I was soon watching planets, sketching Mars during its 1973 opposition, and timing lunar grazing occultations. My first meteor watch was of the 1977 Perseids from Youngstown, Ohio and despite serious light pollution, I found meteors intriguing. However, I only began serious meteor work after I joined the AMS in 1983. The 1985 Perseid display and a brilliant green Taurid fireball the same year made me a confirmed meteor addict. I credit long-time AMS members Karl Simmons, Norman McLeod III, and David Swann for mentoring me in meteor observation. In those days, Karl and Wanda Simmons’ quarterly newsletter Meteor News reported and focused AMS members’ observational efforts and I made many observational contributions to the News. Since 1983, my meteor watches have mainly been from southern Maryland, and its clouds, fogs and mists are frequent sources of frustration. Heavy fog almost made me miss the 1998 and 2001 Leonid storms. Despite weather challenges, I have maintained my enthusiasm for meteor work, most recently by following developments in the Ursids’ hourly rate during the last several maxima. In 1999, curiosity about comet discoverer Lewis Swift led to a fascination with U.S. astronomical history. During a visit with Bob Lunsford in 2000, I mentioned this interest and he suggested that I research and write the AMS’ history. What followed was research at the Library of Congress, Yale University, and the Universities of Pennsylvania and Virginia. A biography of Charles P. Olivier, the AMS’ founder, and a history of 19th Century meteor studies resulted and are posted on the AMS website. My plan for the next few years is to complete the AMS history and to continue meteor watching as well.