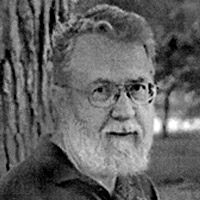 We begin the first in a series of AMS observer profiles with a short article on perhaps the most prolific observer in the recent history of the AMS. Born in Ottumwa, Iowa in 1946, Paul Martsching was already observing aurora and comets in the dark skies of Wapello County as a preteen. His passion for observing these objects, in addition to meteors, has not waned. It was during these earlier years that Paul witnessed the brightest meteor event of his life — a fragmenting, red/orange fireball the diameter of the moon! His first shower, the 1964 Perseids, were observed from atop his parents garage. He counted 55 PER in 45 minutes!

A long meteor-drought began for Paul, as inclement weather seemed to be the rule during most, if not all, of the Perseid maxima for many years thereafter. He was rewarded in 1980 with exceptional rates (94 PERâ€™s in a single hour period) while observing with the Ames Area Amateur Astronomy Club. Although he would miss the Perseid maxima over the next several years, Paul finally began to observe meteors in earnest in 1987, offering his first reports to the AMS that same year.

Like a few other observers, Paul has special, over-sized lenses in his â€œastro-glassesâ€ using only distance correction. He prefers the pen-and-paper method of observing, and suggests that a sleeping bag can be quite useful even in warm weather, — as a mattress-pad.

Paul has made some interesting observations; such as the outburst he witnessed the night of August 18, 1988, when 15 meteors appeared from a rough radiant near RA 20H 25M +36 in just over a four-hour period. Heâ€™s also endured some frigid weather while observing, e.g., the windy Geminid maximum of 1985 when his local temperature dropped to â€“8 degrees F! With the incredible number of observing periods and nights logged over the years, Paul has surely made an enduring contribution to amateur meteor astronomy.